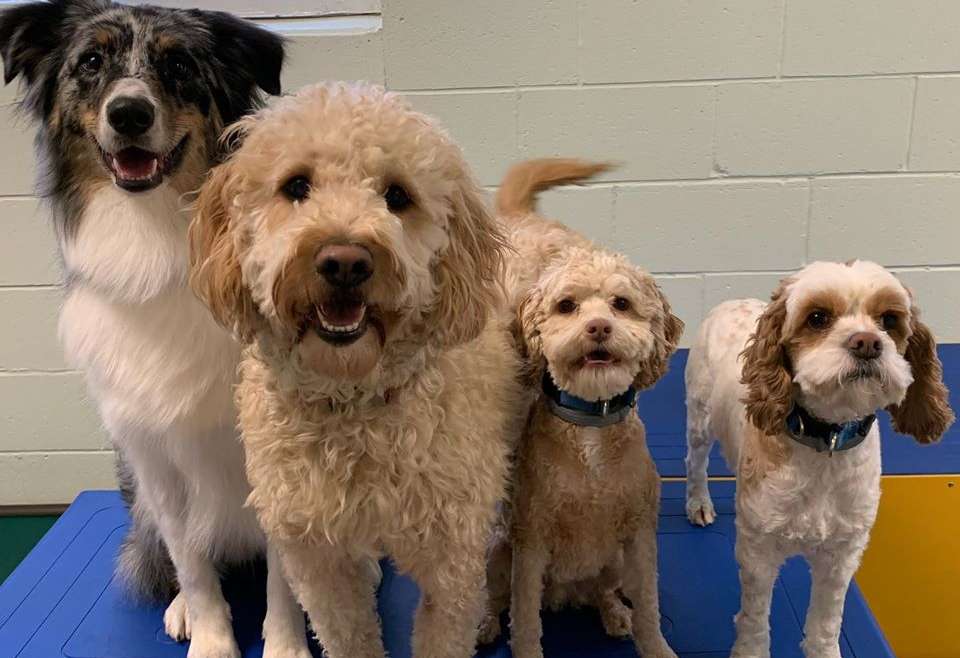 I’m My Dogs’ Caregiver, Not Their Alpha

In a world full of punishment-based training and television quick fixes for dog behavior problems, clients often tell me that they are concerned that their dog is trying to be the “alpha” in the home, or that their dog must obey because the owner is the “boss.” I do not blame owners for having these beliefs. After all, like myself, they were raised on the “Dominance Theory,” and it continues to be inaccurately portrayed as the correct approach by the media.

Where did the Dominance Theory come from?

It is important to understand how society was introduced to the concept of dominance in the first place. During the 1930s and 1940s, animal behaviorist Rudolph Schenkel observed the interactions between captive zoo wolves and concluded that the wolves were fighting to gain dominance over each other (Schenkel 42). This incorrect and unsubstantiated idea was then applied to wild wolves and domesticated dogs. Here’s the problem with Schenkel’s study, the wolves that he initially observed were taken from family units in the wild and then forced together in captivity. Removed from their naturally occurring social setting in the wild and placed in a man-made one, the wolves did what many captive animals do, fight.

What science later taught us.

Thanks to David Mech and his research with wild wolves in Canada from 1986 – 1999, he concluded that wolf packs are family units with a breeding male, breeding female, and offspring (Mech 1202). This is very different from the initial observations by Schenkel with captive wolves from separate families forced together in an artificial environment. In 2000, Mech published an article detailing his research and findings called “Alpha Status, Dominance, and Division of Labor in Wolf Packs.” Here he states: “Attempting to apply information about the behavior of assemblages of unrelated captive wolves to the familial structure of natural packs has resulted in considerable confusion. Such an approach is analogous to trying to draw inferences about human family dynamics by studying humans in refugee camps. The concept of the alpha wolf as a “top dog” ruling a group of similar-aged compatriots (Schenkel 1947; Rabb et al. 1967; Fox 1971a; Zimen 1975, 1982; Lockwood 1979; van Hooff et al. 1987) is particularly misleading” (Mech 1197).

Unfortunately, the media went rampant with Schenkel’s original hasty conclusions about the dynamic of the wolf pack and applied it to domesticated dogs. As science changes with additional research, so must we. That is not always the case, and many punishment-based trainers refuse to stay up to date with and embrace a non-dominance-based mentality. This is something that I always promise to my clients, and my pets, to do.

Two Scenarios, which one do you prefer?

Circling back to my original statement, “I am my dog’s caregiver, not their alpha,” is something that my clients are surprised to hear. When I work with my dogs, or anyone else’s, I focus on making our relationship based on cooperative care and trust. I want them to listen to and work with me because they want to, instead of fearing the consequences if they do not. Here are two different scenarios to better illustrate my point.

In scenario number one, you go to work regularly and receive a paycheck. You might even receive a holiday bonus as a thank for a job well done throughout the year. The paycheck and recognition that you receive motivate you to continue doing your job while enjoying it in the process. Think about it, would you even go to work if there was not something in it for you? This is where I focus on when training dogs on positive reinforcement.

In scenario number two, you are in prison and are instructed to mop the floors. Knowing that the consequences of not doing so could include losing privileges such as rec time and commissary, you are more likely to comply. However, compliance to avoid punishment is not necessarily synonymous with happiness. This is where punishment trainers, based on the outdated and disproven dominance theory, focus.

If you think about it, you tell your dog what, when, and where he eats, when he can go outside, how long he stays outside, where he sleeps, where he walks, who he is allowed to interact with, and so much more. Why do we really need to further micromanage their lives by immediately insisting that we will take their food bowl away whenever we want just to show them how much control we have. They already know.

You are not being submissive by “letting your dog win” when he growls.

For a dog that will growl when I approach an item that he values, I back away while saying to myself, “thank you for the warning.” He is not trying to dominate me; he is simply expressing that this item is special to him. However, depending on the severity of the situation and those involved, it is something that cannot continue to occur in our homes. This is where the positive reinforcement-based behavior plan comes into play.

We work together (he doesn’t work for me) to systematically change his feelings about the scenario, and we go at his pace. At the end of the training, the dog is excited for me to approach, and I do not have any safety concerns about being there, whereas, in the past, I would expect to be bitten. He understands that having a valued item taken away can be a great thing to happen and that the majority of the time, I’m not even going to take it…I will add to it.

The cooperative and trusting relationship between myself and my adopted dog, Jeter.

Jeter had some behavior challenges to overcome when he was adopted. Not only would he snap at my hands when I grabbed his feet for nail trims, but he would growl if I tried to move him over in my bed, cry when he was left alone, chase the cat, and bark non-stop at strangers. He even growled at my husband the first time they met. We overcame all of these challenges as a team.

As his caregiver, it is my responsibility to see that he feels comfortable and safe with all the activities that we do. After all, it is my ethical responsibility to “do no harm,” and that includes emotional harm. You might not think that forcing a dog to have his nails trimmed is emotionally harming him, but I disagree. His body language and behavior tell me so. Moving him over in the bed? I wanted Jeter to like when I came to bed rather than distrust the situation. I wanted to build our trust through training, not break it down.

As we took baby steps through his training program, Jeter was rewarded with special treats. While many are concerned that they will reward their dog’s bad behavior by giving them treats, it instead rewards his compliance (and assists in changing his emotions) with the process. For example, I would bring my hand near his front paw without touching it (while making sure that Jeter did not show signs of discomfort), praise, take my hand away and give him a treat

As we continued to work together through his various behavior concerns, his trust steadily grew. So much that I never had to train him to move over when I wanted to get into bed. He chose to do it on his own. What was in it for him by doing so? He received love and attention from me.

I would like to end with one more quote by James O’Heare, “…the concept of dominance poses a very significant risk of damaging the social relationship between guardians and their dogs, particularly where the relationship is already strained by a problematic behavior-the usual context in which clients contact us. It is counterproductive and could constitute a breach of our ethic to do no harm.” (O’Heare 144). Stop doing what self-proclaimed experts on TV with made-up terms for behavior tell you to do. Listen to what science says, and just as importantly, listen to what your dog is telling you. He will thank you for it. 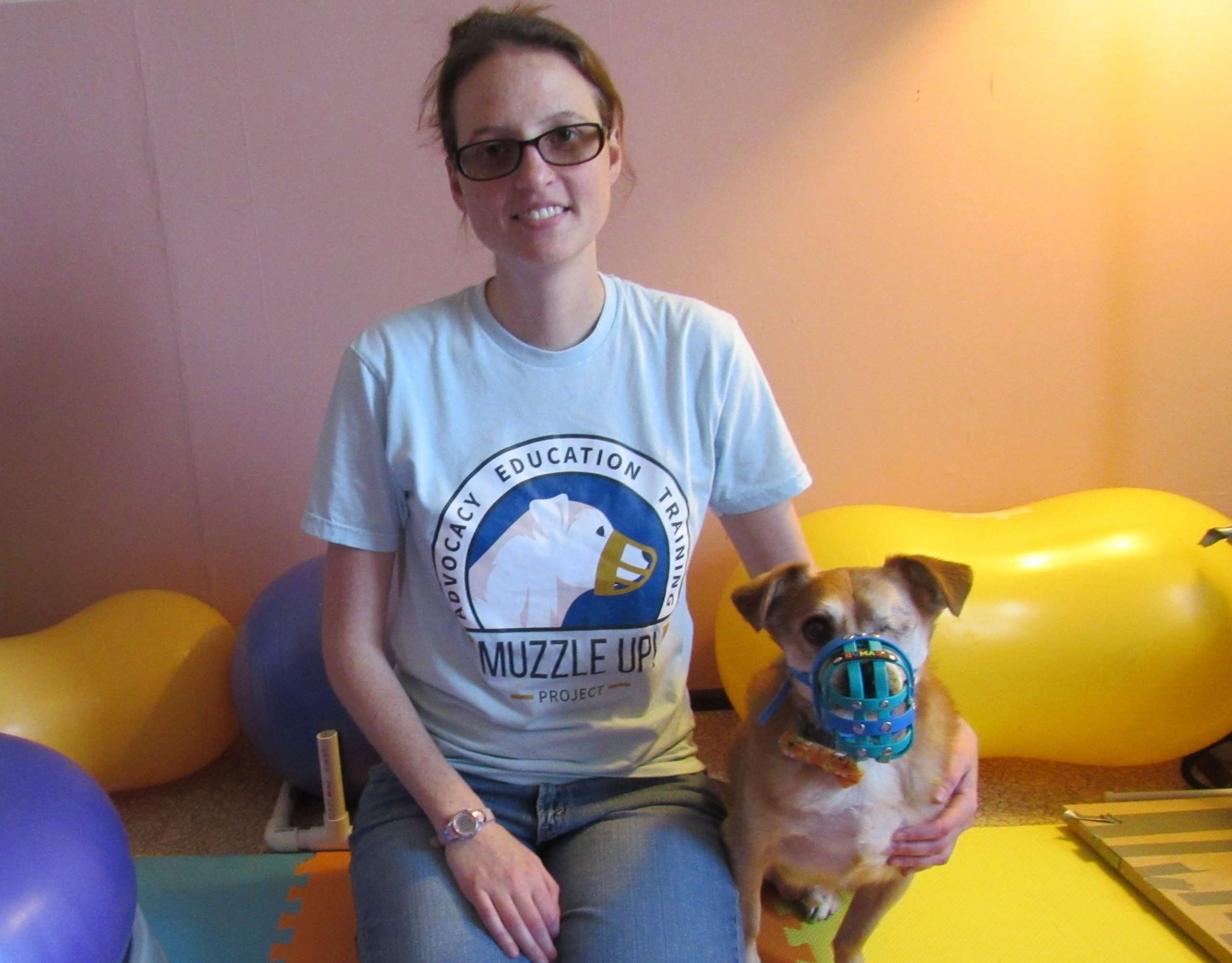 Changing the Stigma of Muzzles 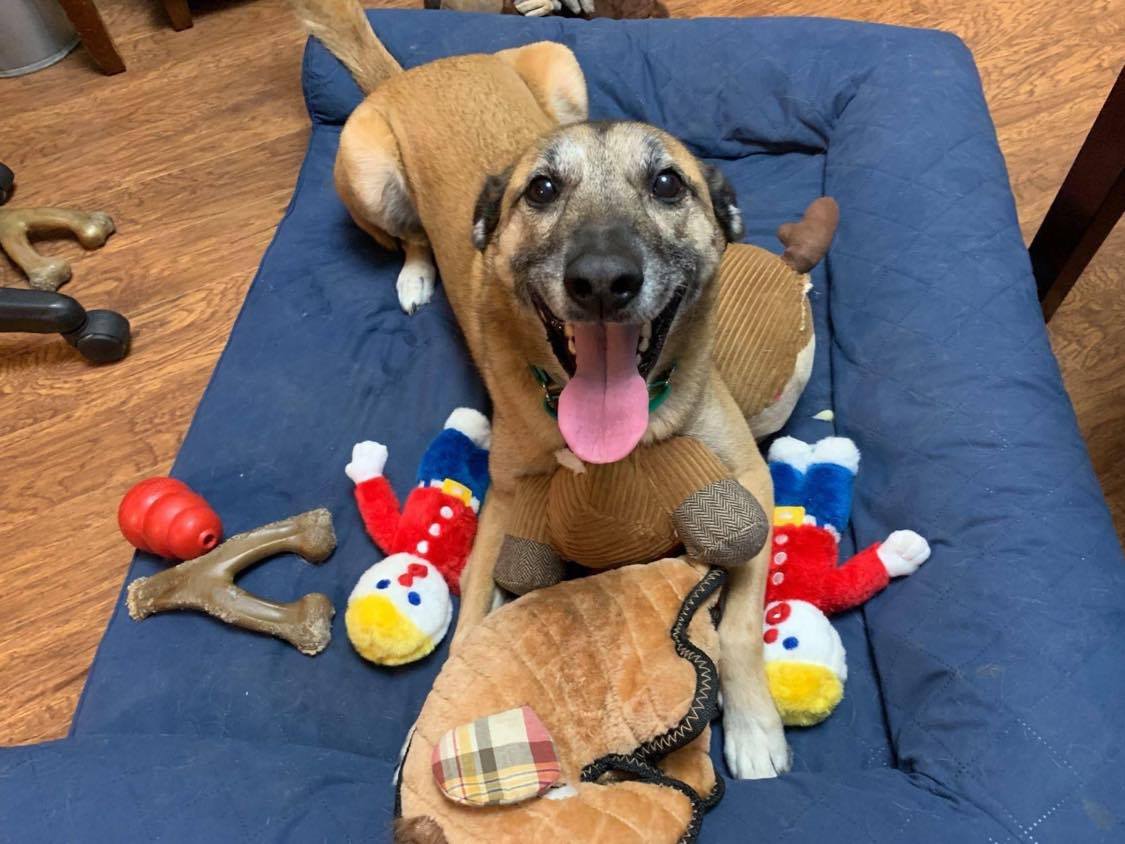 How can I get a copy of this article to share . My neighbor is a control freak about everything including his poor dog.. I would like to leave a copy in his mailnox.

Hey Lorraine,
It is great that you would like to share this with your neighbor! It was published in the Summer APDT Chronicle of the Dog Journal, so you can grab a copy of it there 🙂

To Tug or Not to Tug? - Calling All Dogs NY

[…] can learn all about that by looking at a blog post, “I’m My Dogs’ Caregiver, Not Their Alpha,” which was published in Edition Dog Magazine. In short, you already control everything that […]

I can’t tell you how relieving this actually is. Who wants to worry about being dominant?! I don’t! I want a loving, cooperative, respectful, fun relationship and I don’t see the dominance baloney in any of that. I’m so happy to have found you as a resource, Tori.